Firstly, whatever your spiritual beliefs, I wanted to send you my best wishes in the holiday season.

November and December had been eventful months with a beautiful set of circles in Chiang Mai and a very successful 7 day retreat in Koh Phangan. It had been the first time, I had combined the work I do with Body Psychotherapy\Bioenergetics and Kambo in a longer format retreat and it was very well received. 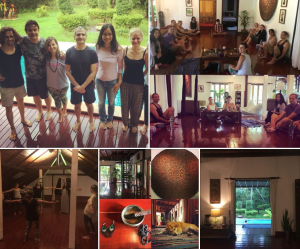 It was so great to see the transformation in people over those 7 days. Viva Kambo!

For those of you who were not able to attend but asked if there will be another opportunity to do a similar retreat, watch this space – more to follow.

The Kambo frog gives so much support to those that want to get healthy. Everything from its detoxing properties to its emotional clearing. It even boosts our immune system and gives a much needed energy boost that actually makes us feel like we want to exercise just to move the additional energy it gives. 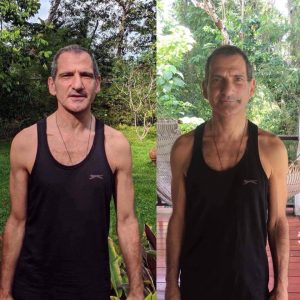 If you are feeling called to be the best version of yourself – here are some dates and locations for the coming months of Kambo and there is one date for Bioenergetics.

Spring and Summer I will be working in the UK, Netherlands and Switzerland. Dates TBC.

Please get in touch if you are interested in any attending.

Hope to see you soon

Want to join the discussion?
Feel free to contribute!

"I was lucky to have the opportunity to experience Kambo. I felt safe and trusting to be led by Rakendra through this deep cleansing process. By allowing the Kambo to move through my body I sensed a connection with the source of Kambo: the Amazonian frog and its people. The extended purging, that is triggered by Kambo, resulted for me in a great sense of lightness, renewed energy and a positive vision about life. A powerfull detox and a precious stepping stone on my healing journey." -Prem Afke' - Newhaven
“I went through some emotional and health issues earlier in the year and when I heard about the kambo at first I thought there was no way it would be something I would do. But as I have been looking for things to help heal me and to get better I thought I would give it a try. The experience was not easy but Rakendra gave me a lot of support. The Kambo helped me get rid of some emotional things I have been carrying around for a while and physically gave me a boost and so much energy” Dane - Ontario
"After a pretty life changing diagnosis, I found myself invited via a friend to try frog medicine. Little did I know what an amazing journey I was to take every step of the way I was supported and held by Raks. The Frog was really a game changer for me I felt uplifted yet so very grounded with much more energy, determination , and a sense of fearlessness that stood me in good stead for the road that’s was to come.
I can absolutely and wholeheartedly recommend the Frog and Rakendra.
I will always be thankful to have met such a generous , sincere and knowledgeable keeper of such a power medicine that is the frog"
Karen East sussex…

I wanted to say thank you and your wife for the sessions you did in Chiang Mai. The Kambo has helped me so much it is incredible. The pain in my joints is gone, I see super clearly (I really believe the trees have become greener :)). I wake up energized, don’t feel anything of my burnoutand depression anymore. Thank you so much